Today, 30th of January, Markiplier ( a gamer on Youtube) posted one of the most adorable video on internet. If you do not know about here is a small summary about him. Markiplier or Mark is a gamer.

It means that he is recording himself while playing video games. He puts this videos on his Youtube channel which has 16,370,832 subscribers at this time. We can say that he is one of the biggest gamers on Youtube. Mark also takes place on charity events. As you know kids who are sick get a chance to make wish. Some of them wants to meet with their favorite celebrity.  In this video he went to a hospital make a wish come true. A boy named Axel wanted to meet with Mark. So Mark went to the hospital to meet with Axel. He said that they played a video game. In the end Axel said to him that he wanted to say something for the subscribes and Mark had promised to him that he would post his message. He kept his promise and kept his promise to him and posted his message. Axel thanked us for supporting Mark. Markiplier said, he would have subscribed Mark if he had a channel and he would have liked all of his videos. He thanked us for helping Mark because Axel cannot do it. Mark said that the message was so sweet.

At the end Mark also thanked to his subscribes for supporting him and being there for him. The video was not long because Mark said that he wanted the video to be about Axel. Personally I found this video so sweet. I hope that you found it sweet as well. I  hope that Mark will make other wishes come true.

This is a great example of a good behavior! Most YouTubers don’t do anything similar to Markiplier. Especially the new beginner YouTubers want just the internet fame and free products. I think Markiplier clearly stands out with his great act and becomes a perfect example for the other top YouTubers. I highly recommend you to check his channel as well. Here is the link.

Until next Time! Cheers! 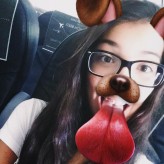